Hit reality show ‘Bigg Boss’ is going to be aired in less than 10 days and fans are eagerly waiting to know all about the inside details. Bigg Boss is a popular household show which is famous not among the adults but viewers of every age. With every season, the show comes with a new concept, new house and surprising list of contestants and here we are with the list of members, who will be seen in the 13th season. Devoleena Battarcharjee, who is best known for her character Gopi bahu in the searial Saath Nibhaana Saathiya is the first name. Siddharth Shukla from the serial Balika Vadhu is the second confirmed name. Then there are names like Rashami Desai who was seen in the serial Uttaran, Iss pyaar ko kya naam doon actress Dalljiet Kaur, serial Veera fame Shivin Narang, Vivian Dsena of serial Pyaar Kii ye ek Kahaani,  serial Parichay actress Arti Singh and Paras Chhabra of Zee Tv ‘s serial Aghori. However, the final contestants list will be revealed only during the inaugural episode of the show.

The 13th season will be again hosted by the much liked host Salman Khan. The show will premiere on September 29 at 9 pm while the weekday episodes will air from Monday to Friday at 10:30 pm.  Watch the promo below 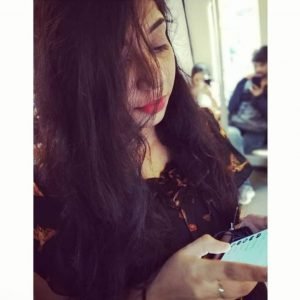 As a content writer, I like to do a good research before writing any article. Also, I keep my post on-point so that my consumers won't get bored by reading lengthy articles. Apart from this, I like to play games and search for new things in Google.