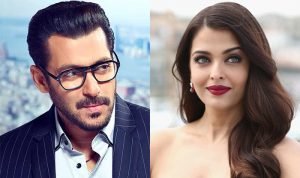 Bollywood superstar Salman Khan’s films have many times hit the screens on the festive occasion of Eid. His movies like ‘Wanted’, ‘Bodyguard’, ‘Dabangg’, ‘Kick’, ‘Ek Tha Tiger’, ‘Bajrangi Bhaijaan’ and ‘Sultan’ released during Eid and tasted a huge success at the box office by becoming super-duper hits. And this time too, Salman’s forthcoming pacy thriller ‘Race 3’ is geared up to release on Eid 2018.

Going by the news update, Atul Manjrekar’s debut directorial ‘Fanney Khan’ starring Anil Kapoor, Aishwarya Rai Bachchan, Rajkummar Rao, Divya Dutta is also releasing on the same day as ‘Race 3’. So, it’s Salman Khan v/s Aishwarya Rai Bachchan at the box-office on Eid 2018. Anil Kapoor portrays the role of a Muslim person named “Fanney” in this flick. Aishwarya will sport a young, glamorous look as she renders the role of a superstar singer in ‘Fanney Khan’. Her role is very crucial in the storyline. For the first time, Aishwarya herself will be singing four tracks in this venture. Bhushan Kumar and Arjun N Kapoor have produced this musical comedy. ‘Fanney Khan’ is said to be the official remake of the Dutch movie ‘Everybody’s Famous’ (2000) that was nominated for the Oscars.

With two entertaining films locking horns at the box-office, the clash will be more interesting!

Catch a wide range of posters from Fukrey Returns