Hindi cinema’s actress Sushmita Sen’s upcoming web series ‘Arya’ may be delayed even longer. Post production of the series was stuck after the sudden lockdown caused by Corona virus. The shooting of this series was already over, just a few days post production work was left. Now according to the media reports, it has been revealed that the premiere of this series will be delayed by a month.

Sushmita Sen was last seen in any of Hindi cinema’s 2010 film ‘No Problem’. Five years after that she was seen in a Bengali film ‘Nirbak’.

Sushmita Sen’s name was announced for Hotstar’s web series at the beginning of last year, since the same time her fans have been eager to see her on screen but after the industry’s work stopped due to the lockdown, this series too i going to be late in release late.

The series is being directed by Ram Madhwani, who has directed Sonam Kapoor’s film Neerja in 2016. It takes time to work offline. Especially when editing a show is going on. Mixing takes a lot of time after any artist is dubbed from the home. Also Ram edited the show again as he added some more elements to some episodes to make it even more interesting.

According to media reports, the first trailer of the show is still in the works. It is estimated that the trailer will be released at the end of the month of June and the show can be released on Hotstar as early as July. Let us tell you that Sushmita Sen will play Arya’s character in this show. Along with her, Namit Das will also be seen in the lead role.

After Patal Lok, this series is also on the target of BJP, after the report is filed, OT canceled

After leaving the series of Ruby Rose , a new character will appear in 'Batwoman' in place of her 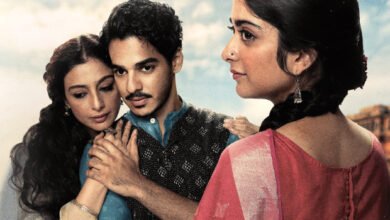