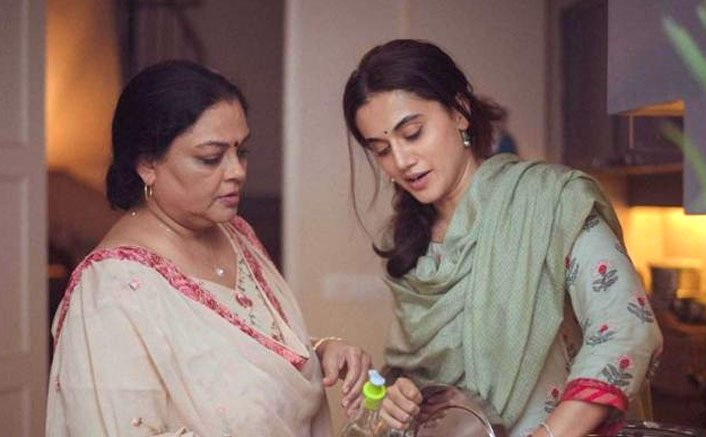 The Taapsee Pannu starrer film Thappad seemed to have a decent weekend. With starting 3..07 Crores on the first day, the film went on to collect around 5.05 crores on the second day, which is on the Saturday of the first weekend. This made the collection to reach to around 8.12 crores. Interestingly, the advance booking trends for Sunday for the domestic violence based film seemed pleasing and it helped the film to have a decent Sunday giving a good collection on the first weekend.

The Taapsee Pannu starrer movie although it had faced the boycott call by the fringe elements as the leading lady has been involved in the anti CAA and NRC protests in Mumbai, but it seems to have hampered the less. The trend on Twitter with the hashtag – #BoycottThappad did not hamper the occupancy or prevented people to catch it on the third day. With such a buzz, the first Sunday collection went to around 7.5 Crores getting a 42 per cent jump when compared to the first Saturday collection.

With these figures, the 1st weekend box office collection for 15.67 Crores, which seemed to be a decent amount of collection. So one can say that the first-weekend trend of the film has been healthy. The film can be called a niche audience movie that talked about the ladies who have been the victim of domestic violence in marriage all thanks to the patriarchal mindset found in Indian society. The film has Taapsee Pannu in the leading role along with Pavail Gulati, Dia Mirza, Tanvi Azmi and others.

Catch A Few Posters of Sooryavanshi Posters Before the Trailer release

Rox A, well known Punjabi music director is again coming as singer with his next