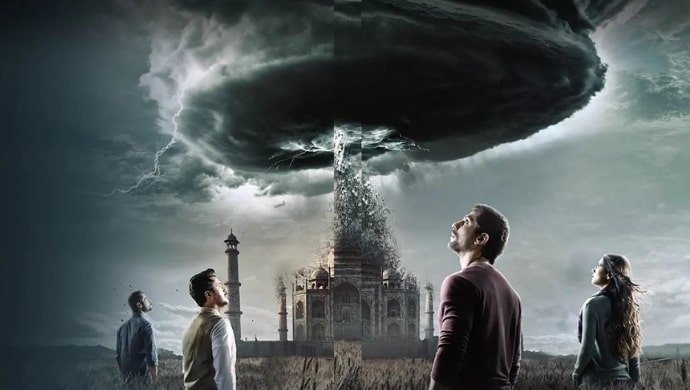 The makers of the web film Skyfire are back with a teaser this time to announce the release of the film. The film will be hitting at the ZEE5 Orignal the popular digital platform. The web based film has Prateik Babbar, Sonal Chauhan, Jisshu Sengupta, Jatin Goswami and Shataf Firag in the lead roles. It is all set to be premiered on 22nd May and thus can be caught at the said digital platform to enjoy the best.

The teaser also gives an idea about the plot of the film, which seems to be interesting and worthy catching over the said digital platform. The film is based upon a life of a boy who happens to be slum dwellers and soon we find his teaser on a spree to find out the boy while he is seen dealing with the unrelated incidents including getting a natural calamity as a warnings. Just two days before, we saw the lead actor of the film talking about the same calling it to be a space fiction worthy to catch.

The film is directed by Soumik Sen in the lead role, while it remains the most awaited film in the media considering the fact that it is one of its kind. The teaser showcases the journalist called played by Babbar who warns not to go out during the downpour as it can burn people alive and turn them into ashes in just few seconds. On the other side, Sonal is playing historian Meenakshi Pirzada who is doing his debut in the digital platform. Well, time to catch the teaser announcing the film release date as under: