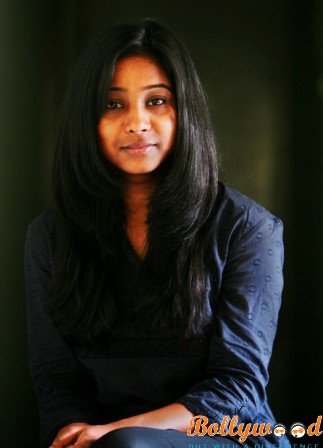 This talented playback singer of B Town – Shilpa Rao was born as Apeksha Rao but later adopted this name for her film career. She was born in the state of Jharkhand at a popular city called Jamshedpur in musical family. Her father SV Rao was a known musician and helped her learn music from the tender age. She did her schooling from Little Flower School and later from Loyola School based in Jamshedpur. After her schooling, she was sent to Singer Hariharan by her father to study and master music later she was also trained by Ustad Ghulam Mustafa Khan. Later, she got the chance to perform with the known music composer Shankar Mahadevan in one of the concerts and on his advise he headed to Mumbai to make her career in playback singing.

In Mumbai, she got the chance to start her career with singing advertising jingles, and soon she headed to film music. Her first song as a playback singer was Tosey Naina Lagey for the movie Anwar and Saiyaan Re for the movie Salaam E Ishq- the tribute of love. She then got the chance to sing a number of songs for different films including Woh Ajnabee for the film The Train, Ek Lau for Aamir, Dhol Yaara Dhol for Dev D, Aisi Saaza for film Gulal, etc. The song from the movie The Train turned out a big hit. Apart from singing for a number of Bollywood movies, she also got the chance to give playback singing for the films based in South India.

These include the Tamil song called “Oru Maalai Neram” in Naan Mahaan Alla for Yuvan Shankar Raja. She then appeared for the TV series “The Dewarists” of Star group that came into the collaboration with groups like “Agnee” and “Parikrama”. Apart from a couple of south Indian movies songs, she also got the chance to record a couple of Bengali songs, which was mostly with the known singer Jeet Ganguly. She even got the chance to sing a Song Bekaboo from the popular Serial Navya. Some of her recent songs include the song Yaariyaan from the movie Cocktail, which turned out a big hit among the youngsters and in the chart buster. This led her a couple of nominations and award for her.

She then sung songs for hit movies from Yash Raj Films including Jab Tak Hai Jaan and Dhoom 3. The song from Dhoom 3- Malang was among the big hits for her career. In Lootera, she was seen giving the playback for the song called Manmarziyan composed by Amit Trivedi, while she also was seen over a couple of reality shows as well. As far awards are concerned, she was nominated at a number of prestigious awards, however, bagged award for Khuda Jaane for Bachna Aye Haseeno, Bekaboo” for “Navya..Naye Dhadkan Naye Sawaal” and “Dum Dum” for Coke Studio for the Season 2. She also gave her voice for Bang Bang last year.

Abhik Bhanu ready with his next “Ringtone Ki Love Story"