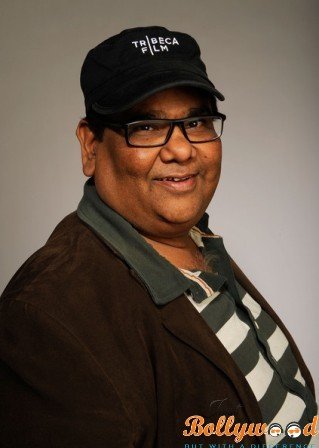 Wiki : Satish Kaushik is not an unknown name in Bollywood. He is a popular film director, actor and producer in B Town who is also associated with theatres. He hails from a small village called Dhanounda, district Mohindergarh in Haryana, India, while was brought up in Naiwala gali, Karolbagh, Delhi. After his schooling, he headed to Kirori Mal College where he did his graduation in New Delhi. Later he went to National School of Drama (NSD), New Delhi and graduated from there in filmmaking in 1978 batch. He then went to FTII (Film and Television Institute of India), Pune before finally moving to Bombay to try his luck in Bollywood industry.

As far as his career is concerned, he entered in Bollywood with the role of assistant director assisting Shekhar Kapoor for the film Masoom in 1983. He was also seen in a cameo in this film. However, as a director his first movie was Roop Ki Rani Choron Ka Raja in 1993 starring Sridevi and Anil Kapoor, which was followed by another project called Prem in 1995, which also gave Tabu a break in Bollywood. His first hit over box office was Hum Aapke Dil Mein Rehte Hain in the year 1999. Some of the roles, which gave him recognition include the character called Calendar from Anil Kapoor starrer film Mr. India, while his other known character is Pappu Pager from the comedy movie called Deewana Mastana of 1997, which was directed by 1997.

He has co-authored and anchored a TV countdown show called Philips Top Ten, which gave him the Screen Videocon Award. In the year 2007, he along with his NSD batch mate Anupam Kher embarked with his own production company called Karol Bagh Productions. He then directed his first movie under his production house called Tere Sangh in 2008. This was followed by another, which was based on the life of Tansen one of the gems in Akbar’s court. The movie is in pipeline, which is supposed to go on the floors soon. He also appeared as the main case in The Great Indian Family Drama, which was produced by productions as Nawaab Jung Bahadur.

Apart from being active in the film line, he is also known to have his own business ventures. He is a partner in Chandigarh Film City project in alliance with a real estate company called Parsavnath Developers. The company had procured a land in Sarangpur Village near Chandigarh at a very nominal price. The real estate company had to leave this project after getting exposed by the media for the foul play witnessed in the project. In a career span of 30 plus years he has worked in more than 100 movies in different roles, which include assistant direction, acting, production and TV.

Gabbar Is Back Movie Review : Catch Akshay Kumar in a common man’s role on a street