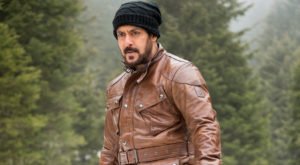 Ali Abba Zafar’s upcoming directorial ‘Tiger Zinda Hai’ is flooding the gossip columns with various interesting news updates. The makers released the first look posters of the film that featured Salman and Katrina in their raw looks with guns in their hands. The fresh news update stated that Salman Khan and Katrina Kaif recently shot in bone-chilling weather in Austria. They filmed some tough action scenes in the brutally cold weather.

When the cast and crew shot the scenes, the temperature was at minus 22 degrees Celsius due to winter season. The weather made the team of the film face tough challenges. 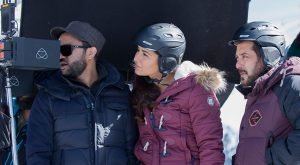 About filming these scenes in such an extreme weather conditions, the director Zafar said “What we see onscreen might look a lot easier than it actually is! Sometimes, sequences like the ones shot in Austria can be difficult to achieve. For a significant chapter in ‘Tiger Zinda Hai’ we had to film in a place that had a certain amount of aloofness and isolation. We found that spot in the mountains of Austria, a place where time seemed to stand still and frozen”.

“Shooting here meant dealing with unexpected situations. Literally a lot of pain had gone behind this sequence. Salman developed a health issue, but he still trained to film here and delivered on a tough action sequence. And we shot a really beautiful love song here. We had expertise on our side, since we worked with an international crew that has worked on the latest Bond film ‘Spectre’. In the end, as a team, we are fairly satisfied that we managed to film here successfully.” added the director.

The 2012 blockbuster ‘Ek Tha Tiger’s sequel ‘Tiger Zinda Hai’ is all set to hit the screens on December 22.