Home Bollywood News Sachin Tendulkar’s never seen before romantic side to be revealed in his... 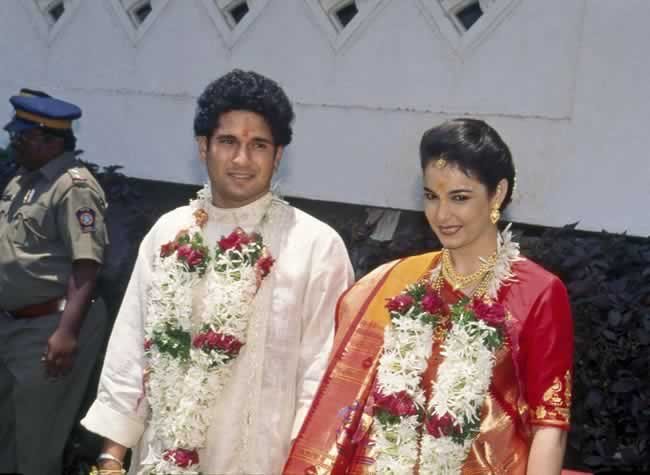 God of cricket, Sachin’s Tendulkar’s biopic ‘Sachin: A Billion Dreams’ has been generating the buzz for all the right reasons. If there’s something we can totally guarantee, its the fact that this docu-feature movie is going to be a massive crowd puller. And what’s more interesting about the film is the format of the film itself. It’s a half documentary and half feature film. From the trailer, the film seems to be quite an interesting one. The film, as we all know, documents the most important phases of Sachin Tendulkar.  The film is all set to hit the theatres on 26 May, where we will see Sachin for the first time on the big screen. Needless to say, his fans and the rest of the country is super excited to see this avatar of Sachin.

What’s more interesting is this film is going to showcase the never seen before romantic side of the master blaster. Sachin and Anjali Tendulkar’s love story is known to most of us, but this film will show it on a larger scale. “You would see a romantic side in the movie as my wife (Anjali) had important role in shaping of my career,” Tendulkar told TV Channel ‘New Nation’ in an interview. “Anjali is an integral part of my career. Anjali is the best part of my life but she never interfered in my career. I want to share my personal thoughts and moments through this biopic,” he added.

In the film, Tendulkar has also revealed one of his superstitions. “I always wore left leg guard first, it was a superstition,” he said. The fact that the film is being directed by Emmy-nominated director James Erksine while AR Rahman is the music composer just add few more points in favour of the film.

Also, talking about the upcoming ICC Champions Trophy, Sachin praised Virat Kohli for his consistent good performances and how the nation has a lot of expectations from the captain!

Check out the trailer of the film here.

We just cannot wait any longer for the film to come out. LAst year M. S. Dhoni did quite well and that has just added the expectations to this film.