Rachel White is an actress and model who hails from Calcutta. She was born and brought in Kolkata, while did her schooling from Loreto Convent. She went on to complete her BA Honors in English from Calcutta University. She works in Bengali and Hindi films, while her career in acting started with the Bollywood movie called Ungli with Emraan Hashmi, Kangna Ranaut, Sanjay Dutt, Neha Dhupia, and others in the year 2014. She then was seen in a Bengali film next called Har Har Byomkesh released in the year 2015. 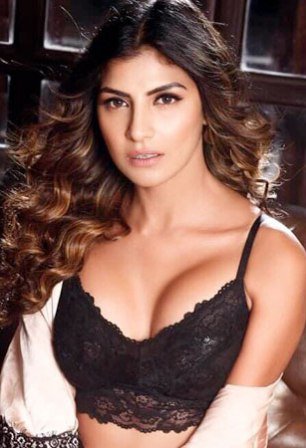 Since then it was no looking back for the lady as she did a number of other films like Byomkesh, Devi, and One. As she is also a model, she appeared in a number of commercial ads for brands like Ponds, MRF Tyres, Garnier, Airtel, Axis Bank, ICICI Bank, Kotak Mahindra and many more. She has worked with Bollywood bigwigs for different ads including SRK and Irrfan Khan. She was then seen in a web series called Love Life and Screw Ups replacing Sonali Raut. She got the chance to work with stalwarts like Zarina Wahab, Zeenat Aman, Dolly Thakore and Sushant Divgikar in the said web series.

Later got the chance to be the part of a US-based fashion brand known as Yog The Label where she was featured for sending photos of different products that are sold in the US and Europe. She made news for the #Metoo Campaign for alleging Sajid Khan the popular filmmaker claiming that he asked sexual favors from her to get the role in his film Humshakals. Talking about her personal life, she is not married and not dating anyone as she is focussing on her acting career. Her career span is small as she has started in the year 2014. Stay tuned to know more about her and others only with us.