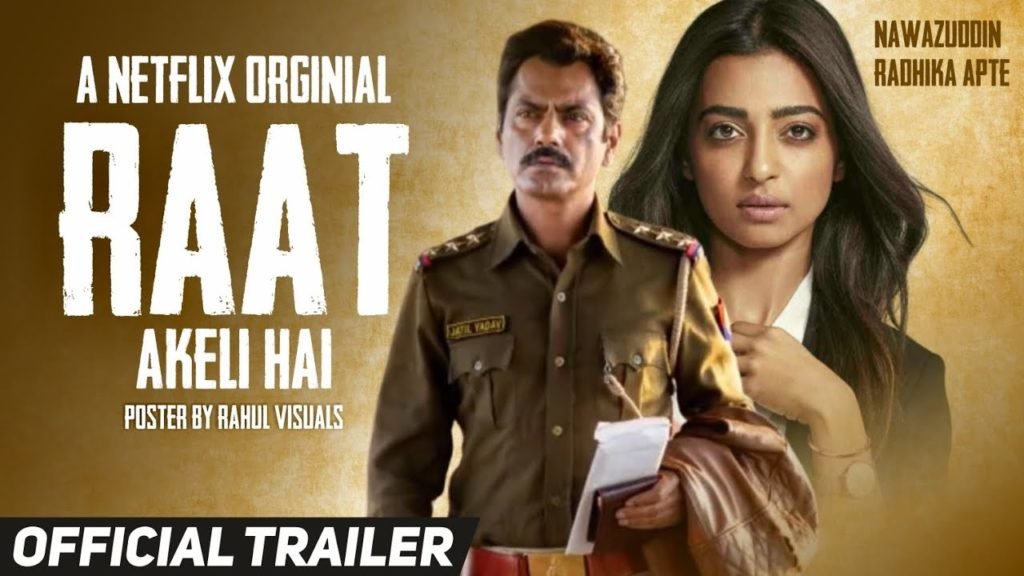 Just when the film Raat Akeli Hai is all set to stream on Netflix, we saw the makers releasing the official trailer a week before. The film has Nawazuddin Siddiqui and Radhika Apte in the leading role. It happens to be the new Indian murder mystery movie. Siddiqui is back again with his award winning performance after he nailed it with similar films like Raman Raghav 2.0, Gangs of Wasseypur and Sacred Games.

The film is all set to release on 31st July 2020 and Siddiqui plays a cop who is investigating a murder. Radhika in the film remains the prime murder suspect. The film revolves around the mystery of a high profile murder case, which takes place in a small town in the country. The heinous muder ropes in a tough and narrow minded cop called Jatil Yadav played by Siddiqui, who leads the complex case. While investigating, he comes across the elements like toxic patriarchy of the victim’s family as he checks the past.

Ever since the trailer was released on YouTube, it has garnered a whopping seven million views on the official YouTube channel of streaming giant – Netflix. It has garnered a good buzz around the film. Besides, Nawazuddin Siddiqui and Radhika Apte in the pivotal roles, we have actors like Shweta Tripathi, Aditya Srivastava and Tigmanshu Dhulia in other key roles. The film is directed by Honey Trehan. And produced by Abhishek Chaubey and Ronnie Screwvala under the banner RSVP Movies. Well, if you have not checked the trailer, have a look at it as under: