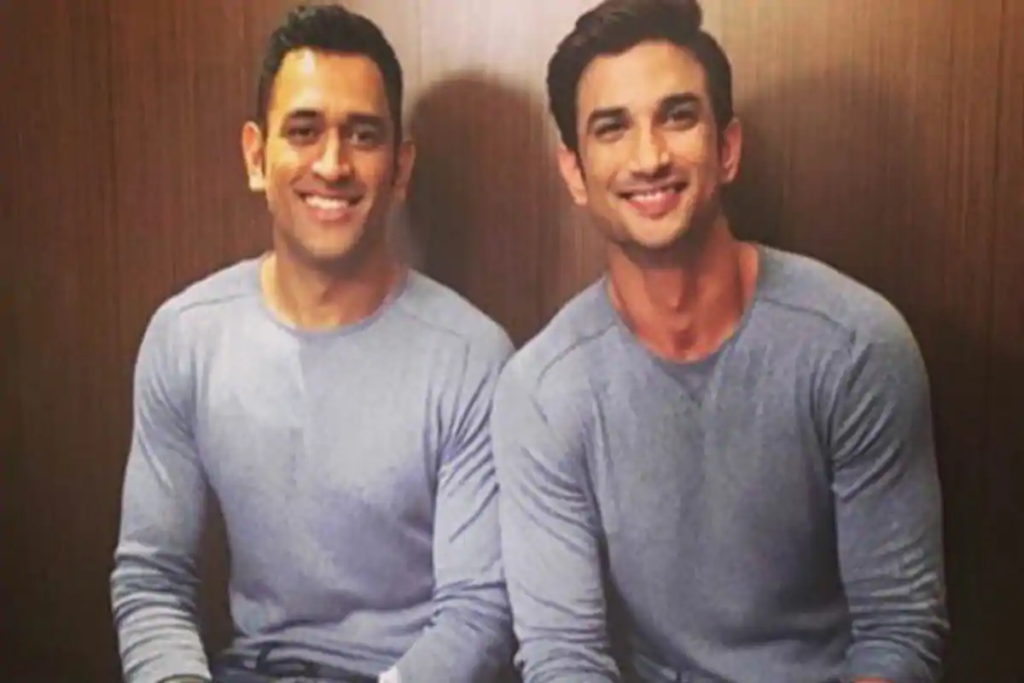 As MS Dhoni the cricketer celebrates his big day as he turns 39 today, we see many of his fans sharing some heartfelt messages to him. But amid all his fans, we also see them sharing some heartfelt messages for the late actor Sushant Singh Rajput who played his character in the film MS Dhoni: The Untold Story. The film was a big hit and made Sushant Singh Rajput to prosper in the media. He was applauded for his performance on the silver screen and people still remember him playing the character so well.

A heart warming tribute to Sushant by our superfan!♥️😢

As you check the above video, one can see both the actor and the cricketer looking up at the sky with Dhoni in Yellow T Shirt and Sushant SIngh Rajput in his blue. The picture is then seen reading “Goddd…I’m taking GRS. I hope it’s a no-ball. He is…not out and he still needs to play. SSR you are a king man.” Sushant is seen with the T shirt having 34 as the number. The cricketer and the late actor shared a good bond and MS Dhoni was devastated to hear the news of the actor’s death. His manager who was also very fond of Sushant Singh Rajput has expressed his words on the sudden demise of MS Dhoni actor.