The new horror series – Simran The Lost Soul at the popular OTT platform called Prime Flix has been getting a decent response. However, amidst the good buzz around the series which started streaming on 4th July 2020, we now hear a pircay website called Filmyzilla has leaked the series online, which is also available to download on your laptop or smartphone. Talking about the series, it has Ankush Rampal and Nibedita Paal in the leading roles of the same.

While the director of the webseries is Sweety Walia who has roped in an ensemble star cast, which include Akanksha Puri, Gopi Bhalla, Karan Sharma, Mukesh Tiwari and Keval Dasani. It is a bold web-series, which is based on genres like horror and supernatural drama. The moment the series was streamed at the said OTT platform, the notorious website called Filmyzilla was seen leaking the web-series.

With the leaking of the series, the makers are likely to lose a lot as the non-subscribers are able to catch the series so easily rather than getting the subscription and getting the same over their illegal website. Filmizilla is  not alone to leak the series online as other unlawful websites including FMovies, YesMovies, Filmywap, 123Movies, and OnlinMoviesWatch have also put the series for download. However, watching the web series on these pirated sites may not give the worthy experience as the quality is ruined there.

All About 'Breathe: Into The Shadows' the webseries ready to stream today 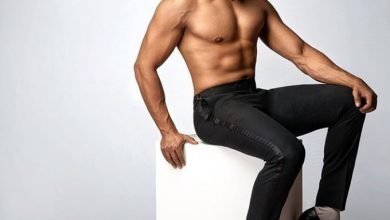