Wiki – Nikhil Dwivedi is an Indian film actress who is seen in a number of Bollywood movies. He hails from Uttar Pradesh. He was born in Allahabad in the year 1978 on 25th November, though was brought up at different places in the state before heading to Mumbai. He started his career with the movie called My Name Is Anthony Gonsalves in the year 2008. Before starting his acting career, he was the corporate executive at Videocon until he got the lead role in the said movie in Bollywood. His next movie was Khalbali: Fun Unlimited, which is all set to hit the theatres, while his third movie Ravana is under production.

Biography : He comes from a non cinema background who did his schooling at different cities based in Uttar Pradesh. He did his Masters in Business Administration from one of the reputed institutes of India before he headed to Bombay to start his career. He then got a respectable job in Videocon wherein he worked as a corporate sector, but his dreams to be work in movies led to E Niwas who was looking for a fresh face for his upcoming movie My Name in Anthony Gonsalves along with the actress Amrita Rao and Mithun Chakraborthy. He was nominated in Filmfare under the category of a newcomer, however, was unable to get the award.

Though his debut movie didn’t turn a hit at Box Office, however, his performance was applauded, which helped him fetch the next movie in Bollywood. This came in the form of Khalbali, which was directed by Ajay Chandhok releasing way back in November 26th the D Day for Bombay as Taj was attacked along with other places in the financial capital bringing things to still. This terrorist attack really marred the gleam of his second released movie, making it an average film all together. Mani Ratnam was producing the movie called Ravana based on the epic of Ramayana wherein he fetched the character of Laxman along with Abhishek Bachchan and Aishwarya Rai. Later he was seen in other movies, which include Basra (2010), Shor in the City (2010) and Hate Story (2011), while his upcoming movie is Tamanchey. He married to Gauri Pandit a film actress in Bollywood and south Indian movies in the year 2011. The duo was seen dating since past five years. 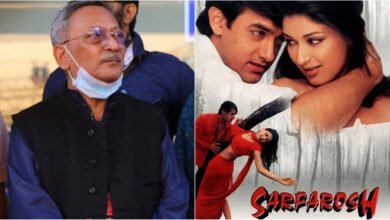