Flawed Script, poor performances and too much of vulgarity maligns the spirit of Bollywood

It’s a busy Friday after a long gap this week considering the releases of three films including the sex comedy called Kya Kool Hain Hum 3. The film has Tusshar Kapoor, Aftab Shivdasani and Mandana Karimi in the lead roles along with Gizele Thakral, Krishna Abhishek, Claudia Ciesla,Shakti Kapoor and Darshan Jariwala in the supporting roles. The film is directed by Umesh Ghadge and produced by Ekta Kapoor under the banner of ALT Entertainment and Balaji Motion Pictures. The film is the third installment of the 2005 based film Kya Kool Hai Hum. Now, let us dig in deep into the film to get the crux of the film as under:

At a juncture when we have a couple of sex comedies coming over the B Town, KKHH3 comes out nothing but like a big shock. Perhaps it becomes difficult for the makers to understand as to what the makers of the film really wanted to give to the audience. The film comes up with absolutely ridiculous kind of script, which has no head or tail. Yet another a crazy cap caper is seen becoming into a sleaze fest. The flawed acts of the duo over the silver screen, while they are seen in their sleaziness acts, the filmmaker has nothing but the rot to deliver. With no content in the film, and untimely and unnatural kind of humor added in the film, KKHH3 has made the standard of filmmaking into dark ages pushing it to the lowest of the low in yardstick of professionalism and ethics. In other words, there is nothing to discuss in this ridiculously made film.

Let’s start with Tusshar. This man in his sister’s venture that seems to have been produced only to prove his presence in the industry has nothing but to give his flawed performance. The man who had tried a bit to carve his niche like a comedian in films like Golmal seems to have ruined himself by taking up such shoddy scripts of KKHH3. He is away from any kind of decent performance, which any actor of his stature and age could have easily excelled at such a juncture. However, there are exceptions in the industry and Tusshar Kapoor is a classic example to this phenomenon. Guess, he would take another decade to master himself as an actor over the silver screen. Aftab was slightly better than Tusshar Kapoor who was unnecessarily replaced by Riteish Deshmukh (or maybe he has left the offer considering such a bad film). He seemed better, and alas the ladies – Krishna Abhishek, Mandana Karimi and Gizele Thakral are simply there to add the glamour and sensual elements in the film. They barely know acting and thus remain far away from the performance, which is expected in any conventional movie.

There is hardly anything in the film, which need a director to make this movie. In fact, any Tom, Dick or Harry can make a film like this, which is based on a shoddy script and dull performances. Frankly, there isn’t anything in the film, which needed a director to make this film. Similar is the story at the music front as well, as you can only notice much of the mess in the film. Similar is the story with the aspects like screenplay, technical stuff and other things.

Truth can be bold but movies with adult content like this end up trapped in vicious circle maligning the audience who catch this film by mistake. The greedy producers like Ekta Kapoor who simply want to make money by any hook or crook, making a film like this, which simply promotes vulgarity and rot in the society, is a very small step to accomplish their interest in an industry that has prospered her a lot. Ironically, KKHH3 has nothing but the rot to deliver, which is not even worthy enough to be reviewed. Thus a review like this is nothing but a favor to filmmakers like Ekta Kapoor who have money at any cost. They never mind selling even the porn to make the ball rolling for their filmmaking business and yes don’t forget Tusshar Kapoor who gets some engagements with his sister’s film. 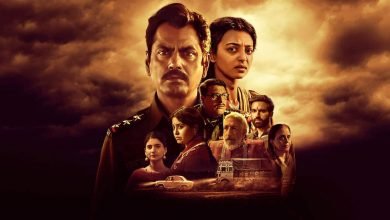