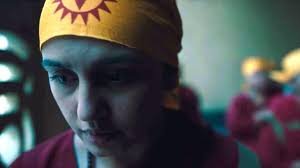 The fame actress, Huma Qureshi well known for her realistic performances in the acting world is all set to put a step forward in the web series world. The Gangs of Wasseypur actress has taken a trial over her acting in the upcoming web series on Netflix.

Beginning her web series debut with the Netflix miniseries, Leila, Huma is all set to roll the show with her famously known acting besties. Huma Qureshi took over her Twitter handle to share this good news along with a poster from the miniseries, Leila, tagged as: “Will you join me? #Leila, coming soon.”

The series is said to be directed by Deepa Mehta, Shanker Raman and Pawan Kumar while, Deepa already famed for her successful show in critically acclaimed trilogy, Fire, Earth and Water will be the creative executive producer of the show.

The story of the web series, Leila will be based on the popular book by the journalist Prayaag Akbar depicting a story of a mother in search of her beloved daughter who is lost. Apart from Leila, Netflix is on an uproar to deliver some of the finest Indian web shows including, Sacred Games, Typewriter, Bulbul and Chopsticks.

Huma Qureshi was last seen in the film, Kaala opposite the popular superstar Rajinikanth. Leila is expected to unveil the other side of acting for Huma Qureshi.