The moment you might have read the title, didn’t you ask a question to yourself that ‘What’s going on guys, initially it was ‘Udta Punjab’ and now we are once again ready with another heat ‘Dishoom’. Yes, what you might give you a but a shock but trust me the makers are going to face the hatred of ‘Sikh Community’ check out the reasons what’s the basic reason behind the scenes which have taken into account that the movie release will in trouble just like ‘Udta Punjab’

Well the controversy was triggered the moment ‘Dishoom’s’ initial track ‘Sau Tarah Ke’ was on the floor which features the hot and sexy ‘Jacqueline Fernandez’ wherein the queen of young hearts is wearing some eye catchy attire along with a ‘Kirpan’ and is performing some smashing cum seductive scenes and thus have made the Sikh Community to raise their temperature and guess what the temperature has reached to a level, that the one of the renowned person ‘Amanjinder Singh Sirsa’ have written a open letter to Chief Censor Board, specifically indicating to ‘Delete’ such scenes from the movie straight away. In addition to this he has asked the casting and director team for an appeal to apologize as well. On the other hand as per our true sources it is said that the makers and casting people are not even bothered to respond to them and also there’s no such response which have been communicated via Censor Board.

Hug Me Official Teaser from Beiimaan Love: Sunny Leone Back with Magnifying Magic 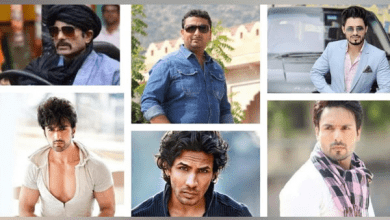