After releasing the first look poster of the Chashni song from the film Bharat, the makers are back with the teaser of the said song. The song has the lead actors of the film, which remains the most awaited ones in B Town. As you check the teaser, you get the glimpse of overwhelming chemistry of the two in romance mode in an open-air amidst the Mother Nature. However, the makers are yet to announce the release date of the song.

This will be the second song, which is to be released soon in the media by the makers of Bharat. The film will be released on the eve of Eid on 5th June 2019. After the release of the slow motion song having the hot Disha Patani in the lead role, the makers are now back with another song’s teaser. Abhijeet Srivastava is the man who has given his voice for the song, while the music is composed by the talented music composers – Vishal and Shekhar.

The film also has Disha Patani, Tabu, Sunil Grover and Jackie Shroff in the lead roles, while film showcases Salman Khan in six different avatars covering a span of six decades from his life. It was Salman Khan only who shared the teaser on his Microblogging site account with the title, Kuch Meetha ho Jaye with the song Chashni. Well, if you are yet to catch the teaser, have a look, which will be released soon in the media, till then do comment about the same allowing us to know about it. 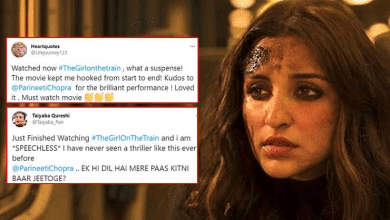