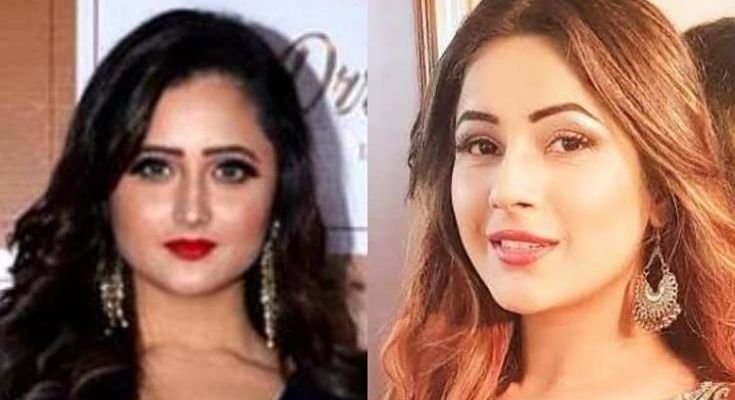 Bigg Boss 13 contestants are seen in good bonding between Rashmi Desai and Shahnaz Gill these days.
The two spend a lot of time together and have developed a strong bond.

In the latest episode, Rashmi Desai is seen discussing with Aarti Singh how Shehnaaz is suddenly having a relationship with Rashmi. She tells Aarti that she never knew she would be so attached to Shehnaaz. Aarti replies to her that she is not engaged to Shehnaaz.

Rashmi said that she may be feeling protected for her. She praises Shehnaaz and tells Aarti that she has had such a good time at house, everyone’s heart felt. She also says that due to Shehnaaz’s antics at house, they all had a good visit.

However, Aarti says that the media era has proved that she is not being shown very well outside. Rashmi and Aarti also talked about who will make their place in the top 5.

Earlier in the day, an immune function was performed and Paras, Mahira, Shahnaz and Aarti Singh competed with each other. All they had to do was sit their heads out in a shell. All four of them could not stay in it for long and failed to get immunity.

In the last few days, Rashmi and Shehnaaz’s friendship has strengthened. Recently, during a media interaction round, Shehnaaz’s loyalty was questioned when she spiraled out of control and began to cry when Rashmi Desai consoled and handled her.

Now it remains to be seen what entertainment in this Finale Week in Bigg Boss 13’s house looks like and who becomes the winner of this show.

Naagin 4: Jasmin Bhasin is saying goodbye to the show

Bigg Boss 13: Shehnaaz Gill discusses the names of his children with Siddharth Shukla