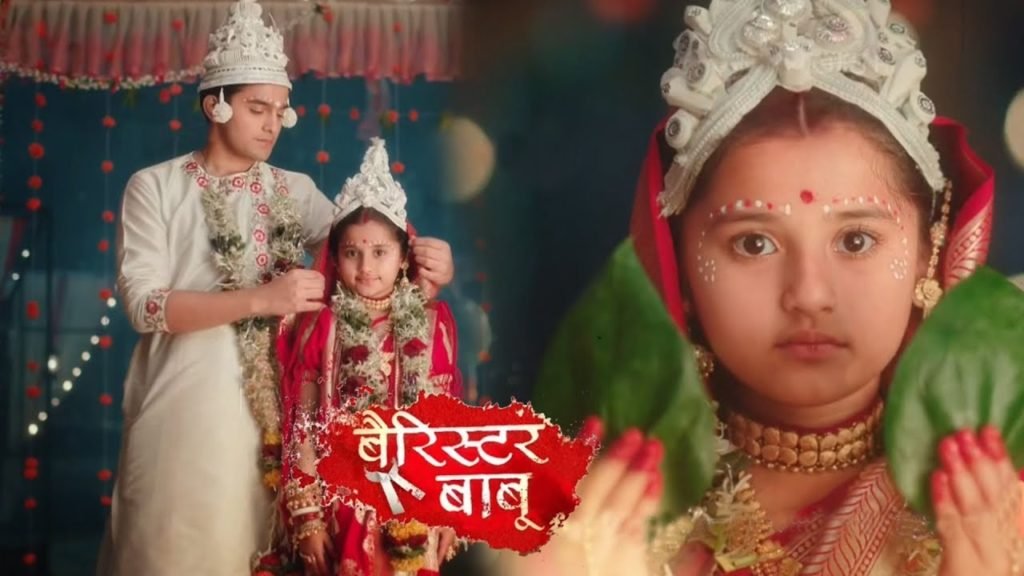 Synopsis: The small screen’s popular channel Colors TV is back in the news and this time for the TV show called Barrister Babu all set to hit the screens on 11th Feb. The TV show is produced by Shashi Sumeet Productions in association with Balaji Telefilms. It will be aired on Colors TV at prime time. The show has Aurra Bhatnagar Badoni and Pravisht Mishra in the lead roles, while others in the supporting and other roles include Madhushree Sharma, Pravisht Sharma, Barsha Chhaterjee, and Pallavi Mukherjee.

Talking about the plot, the TV show deals with a story of a small girl played by a child artist called Aurra Bhatnagar Badoni who is married to a grown-up boy played by the actor Pravisht Mishra. She is tied up to the knot in her childhood, but as we see the TV show progressing the boy is indulged in fights in the society for her education and thus helps the kid to be her barrister. So, what happens next is interesting to catch as the show hits the small screen. The makers have released the promos and these have helped to garner a good buzz in the media. If you have anything to share do comment and let us know. Stay tuned to know more about the show and others only with us.