Synopsis: It’s been a while to hear anything from the OTT platforms like ZEE5 and ALTBalaji at least when we talk about a web series coming together on both the platforms. The duo is back with the web series called Bang Bang. The series has all the elements one can ask. Right from being an action thriller, it has other elements like mystery, fun, adventure and what not making it a perfect watch for the audience. The makers have taken all the pains to shoot at some of the best locations, which are hard to imagine in India making it a perfect treat for the audience.

This is the reason why they have roped in the talented filmmaker Abhishek Kapoor who has given films including Rock On, Kai Po Che, Fitoor, and Kedarnath and the list goes on. He has ample experience to present the film in a best way. The series is produced by Ekta Kapoor and Akshay B Singh under their banner Balaji Telefilms and others. It has the talented star cast with actors like Faisal Shaikh, and Ruhi Singh in the leading roles. The release date is yet to be announced by the makers, but one can expect the action thriller by this month or the coming one. Well, you need to be in touch with us by staying tuned to know more about it.

Dolly Kitty Aur Woh Chamakte Sitare: encapsulates a unique bond between cousins with a series of well and interesting events 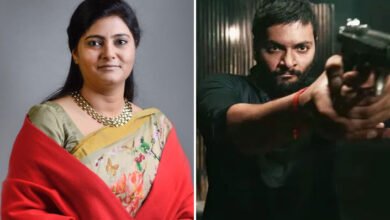