Alekh Kumar Parida is the latest addition to the list of Bigg Boss 14 contestants. Alekh Kumar, who has been a part of television and films, is one of the biggest names to be associated with Bigg Boss 14 this year.

According to reports, Alekh Kumar is close to Salman. According to sources, this is the reason, Alekh Kumar has agreed to be a part of the show after being approached for many seasons. If sources are to be believed, Alekh Kumar will sign the contract, get the medical tests, and will be quarantined in a hotel before entering the show.

Rumors are also doing the rounds that Rannvijay Singha has also been approached for the show, although there have been no confirmations.

Alekh Kumar is a young, dynamic personality and down-to-earth person. He is doing excellent work in his field, many of the celebs like him for his work. He knows A to Z about Digital marketing and which shows in his work.

He is a known face in the celebrity circuit as most of them know him well because of his profession.

Alekh Kumar says he can play mind games in the house for survival as he knows how celebrities think in real life and that can benefit him in Bigg Boss house.

Along with Alekh Kumar, other TV celebs who will be seen on Bigg Boss 14 are Nishant Malkani, Gia Manek, Naina Singh, Jasmin Bhasin, Pavitra Punia, and Ribbu Mehra. Nikki Tamboli, Punjabi star Sar Gurpal and singer Jaan Kumar Sanu are also a part of the show. Currently, three to four more contestants will soon be signing their contract for Bigg Boss 14.

The show is all set to premiere on October 3 with Salman Khan as host. 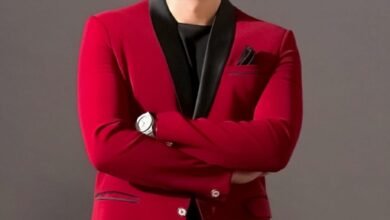