Vikram Singh Chauhan is an actor and model who hails from Dehradun, Uttrakhand, India. He was born on 19th August 1989 in Dehradun and was brought up at this place only. He did his schooling and college from Dehradun and later developed his interest in acting. He then went to the UK for a course in filmmaking and acting. He then returned to India shifting to Mumbai to try his luck in the world of cinema. He then got the chance to work as a model and thus remained the part and parcel of many ad and marketing campaigns. He also appeared in a few print and commercial ads for various brands. 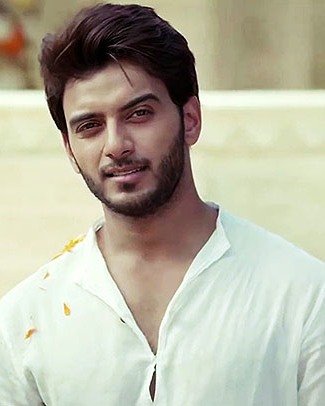 He then got the chance to work in the TV show called Qubool Hai playing the role called Imran Qureshi aired at Zee TV in the year 2012. The next year, he did another TV show Million Dollar Girl followed by a slew of other TV shows like Ek Hasina Thi, Jaana Na Dil Se Door, Ek Deewaana Tha, and currently doing the show Yehh Jadu Hai Jinn Ka! playing the role of Aman Junaid Khan aired at Star Plus. He also appeared in a web series called Baarish playing the character of Aniket Karmakar which was released on the digital media called ALT Balaji.

Talking about awards, he was nominated in various categories for his TV shows including Year Indian Television Academy Awards for Best Actor – Drama (Jaana Na Dil Se Door), Star Parivaar Awards Digital Male for the Favorite Jodi and in the Zee Gold Awards for the Best Villain – Drama Ek Deewaana Tha TV show, however, he was not lucky to get one. He also did two movies and started his debut with the film The Perfect Girl as Kartik and would be seen in the Rani Mukherji’s film Mardaani 2, which will be releasing this year-end. Talking about his personal life, he is single and not dating anyone.