Ujjwal Chopra is an actor active in films and TV. He was born and brought up in Yamunanagar. He did his schooling and college from his hometown. He then headed to Mumbai to pursue his dreams in the field of acting. He did his debut in TV show and appeared in a number of episodes in the TV shows like Crime Patrol and other shows. He also appeared in a number of TV commercials for a wide range of brands. In fact, he started his career with modeling field doing ads for various companies.

He then got the chance to work in films starting in 2003 starting with Waisa Bhi Hota Hai Part 2 and later also did the sequel for the same in the same year. He then got a number of films giving him the chance to play different roles in films like Hijack, Love Khichdi, Bittoo Boss, Maximum, & Special 26. The other films also include Padmaavat, Love Khichdi, Take Off, Rangoon, Uri: The Surgical Strike and Sehar.

Talking about her personal life, she is single and not dating anyone. He is still focussing on his career and wants to do big in the world of films. Stay tuned to know more about the actor and if you have anything to share about him, you can comment below and let us know more on it. Well, he is a competent actor and wants to go a long way. This he calls just a start in his life. 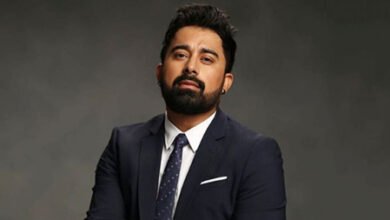 Arjun Rampal opens up for the 1st time on son Arik