The Silence Web Series on Netflix

Web Series called The Silence is the upcoming one in the platform of Netflix, and it will be rolled on the said digital platform on 10th April 2019. The web series is directed by John R. Leonetti, while it has Genevieve Barr, Douglas Henshall, and Dervla Kirwan in the lead roles. With the earlier success of the series, the makers were inspired to go for the next web series. The makers have also released the trailer in the media and it has already garnered a good buzz in the media.

Talking about the story of the web series, it is based on the story of an eighteen-year-old struggling in this world and is known to have sudden witnesses of a murder of a police officer. This web series also talks about police corruption, and it has one of the best star cast ready to be aired at the said digital platform. As per the makers, they have earlier informed us that the web series is based on the novel with the same title.

Besides the named, the other stars who are working in this web series include Stanley Tucci, Miranda Otto, Kiernan Shipka, John Corbett, Kyle Breitkopf, and Kate Trotter. You can further catch the web series when it finally gets hit on Netflix on the said date. Stay tuned to know more about this web series and others only with us. Also, you can comment on it to more about it. 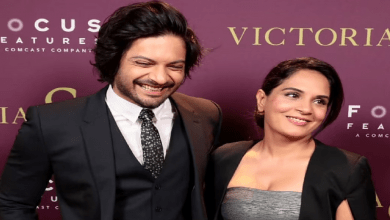