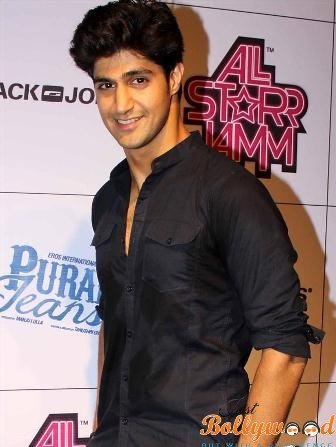 Tanuj Virwani is a known actor from B Town who was born on 29th November 1986. He is born in New Delhi but was brought up in Mumbai and comes from a prestigious Bollywood family. He is a son of well known and yesteryear actress Rati Agnihotri. He did his schooling from the popular school in Mumbai called Bombay Scottish School, and thereafter went to HR College to complete his graduation in commerce. This followed his diploma in Advertising and later went to work with the prestigious Media group Re diffusion for around six months.

After working for the said media company, he headed to Bollywood wherein he worked as assistant directors with a number of filmmakers simply boost up his understanding about Bollywood movies and later with a bit of grooming his acting skills, he opened up his innings in B Town with a film called Love U Soniyo in 2013 opposite Neha Hinge the former miss India 2010. His next film was Purani Jeans, which released in 2014, which was directed by Tanushri Chatrji Bassu.

Though he didn’t come up with any film last year in 2015, but his much hyped film One Night Stand has been in discussion for the presence of the hot babe – Sunny Leone in it. He is excited about this project, which is all set the floor soon and is certainly expected to see its release in 2016. As far as his personal life is concerned, he is the only son of the veteran actress Rati Agnihotri and is called as Mamma’s Boy and also very much pampered person at home. Also, he was rumoured have dated the younger daughter of Kamal Hasaan called Akshara Hasaan as they were spotted at different places together.