Sushant Singh Rajput’s sister Shweta Singh Kirti has been sharing heartwarming pictures and videos of the actor on social media. Recently, she posted a photo to her Instagram handle after truth.

Sharing the picture, of a Hindu goddess, Shweta wrote, ”The truth is like a lion; you don’t have to defend it. Let it loose; it will defend itself… #JusticeForSushantSinghRajput”. As soon as she shared the post, majority of the late actor supporters supported her. One user commented, ”Yes Shweta ji ..sushant’s loss feels like personal for me..I have never been a Bollywood fan ever in my life still I ask justice for him”. Sushant Singh Rajput was found dead in his Bandra residence on June 14. The Central Bureau of Investigation (CBI) is scrutinizing the death. Apart from CBI, the ED and NCB are investigating different angles of the case. According to recent report, five officials from the Narcotics Control Bureau were seen arriving at Rhea Chakraborty ’s Mumbai apartment today in the morning. The NCB had reportedly filed a case against Rhea, following which her Mumbai residence is now being searched. Apart from the actress, Samuel Miranda’s residence is reportedly under scan. 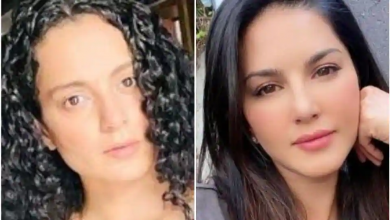 Mouni Roy talks about her OTT debut London Confidential: I can’t wait for everybody to watch it