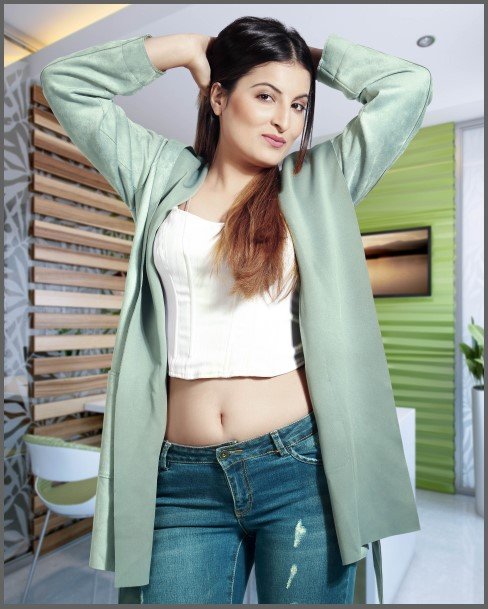 Short Info : Sehreen Sofi is an Indian actress and model.

She was born on 6th February in Kolkata (Calcutta), while she was brought-up in Kashmir in the Indian state Jammu & Kashmir. She did her schooling from Kashmir and college From Bangalore before migrating to Mumbai the Mecca of the glamour world to take a plunge into the modeling world.

Sehreen Sofi has a decent height of 5.5, while her weight is 57 kgs. She has a decent figure, which measures – 33-28-37. Her eye color is dark brown, while her hair color is brown. Her nickname is Maahi, and people close to her fondly address with this name. Her zodiac sign is Aquarius.

Once she realized that she has to pursue her career in the field of modeling and acting, she headed to Mumbai. With a bit of struggle, she got the chance to enter into modeling, and she remained the part of many marketing campaigns apart from walking on the ramp for several brands in the market. While she was active in the modeling field, she got the chance to enter into the small screen (TV) industry giving her the opportunity to play a negative character in the popular TV show Adalat aired in Sony TV.

She later appeared in a similar role in TV Shows like Fear Files at Zee TV. However, with Kismat Connection aired at the channel Sahara One, she bagged a positive role in it, which was aired at the channel Sahara One. She is also involved in print ads and appeared for brands like Asian Paints, Jewelry brand for Catalogue shoots. She then bagged a Continuity role in the ongoing TV show at Sab TV- Beechwale-Bapu Dekh Raha Hai playing the character called Ruby.

Her hobbies include Shopping, traveling and watching movies. Her likes and dislikes are yet to be known. Her favorite food includes Kashmiri Wazwan, Chinese, and likes all kind of Bengali food and sweets. Her favorite movie is Rahna Hai Tere Dil Mein (RHTDM), while she likes AR Rahman. Her favorite color is Pink, her favorite holiday destination is Australia, while her favorite books include The Secret.

She is unmarried and not dating anyone as she is focusing on her work, while she remains away from any kind of controversy proving out to be a no-nonsense person.