There’s nothing special than music in this world. Every person has a special connection to music as it can enlighten anyone’s mood. It speaks a lot about the artist or the voice behind it. Not Dillon, who was born as Dillon Shamoun is a well-established name in the music industry. He is a DJ, songwriter and a music producer who was born in Detroit, MI. Enthralling the audiences by music is his favourite job and he has been doing it for almost 3 years now. Besides music, he is also working in the field of artist management. He graduated from the Michigan State University after which he landed a job at Apple. However, he discovered his passion for music after which the 23-year old guy decided to solely focus on his music career.

In less than 3 years, Dillon has made thousands of people a fan of his work. He has already accumulated more than 1 million streams globally and has been on the top of Spotify’s curated playlists. Apart from this, he has been on Soundcloud’s top of trends on multiple occasions. His attention towards music was diverted when he was in college. Like every teenager, this young guy loved to attend music festivals and who knew it would be a turning point of his life? During one of the music festivals, he met a group of DJ friends who were on a tour and performed in front of thousands of people. That pumped up Dillon and later he performed with them for 3 festivals thus making his mark in the music industry. He rose to fame when his song, ‘Back to the Start’ with Laura Page was a hit among everyone.

It was not only loved by the audience but even the critics could not stop praising the song. Performing live on stage has given Dillon the confidence and today he owns the stage like a boss. He aims to perform in the biggest music festivals of the world and the musician is leaving no stone unturned for it. He had previously remixed songs for The Chainsmokers, LIVVIA and many more. Giving a pro tip to all the aspiring music enthusiasts, he had earlier said, “Never stop and always keep going. The only difference between you and everyone else is timing, how they used it vs how you use it. Be effective and efficient in your work and you would be unstoppable.” The pace by which Not Dillon is moving forward has proved one thing that he is all set to rock the stage and we can’t wait to see him perform live on stage. 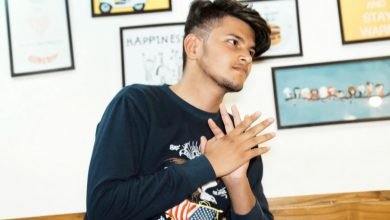