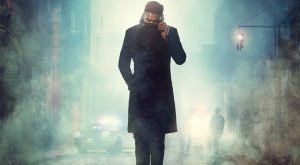 ‘Baahubali 2: The Conclusion’ was his recent blockbuster and now, Prabhas is all set to mesmerize the audience in his upcoming film ‘Saaho’. The movie will be created in three languages that include Hindi, Tamil and Telugu. The news update about the film stated that there will be the longest chase sequence in the movie ‘Saaho’ and such chase sequence has not been seen in any Hindi film yet.

The film ‘Saaho’ will show 20 minutes chase sequence by Prabhas as he navigates the Bhurj Khalifa in Dubai. Prabhas will be trained by Kenny Bates, a Hollywood action choreographer who work can be seen in the films like ‘Die Hard’ (1988), ‘Mission Impossible’, ‘Transformers’ (2007), etc.

As per the buzz, if the makers of ‘Saaho’ will not get permission to do shooting at Khalifa, the chase sequence will take place at World Trade Center of Abu Dhabi and Etihad Tower. It will take around 15 days to film this chase sequence and will have many bikes, cars and trucks in it. Seeing Prabhas pulling off such a spectacular scene is definitely a treat for his fans!

Prabhas is taking physical training like obstacle races, weight training and cardiovascular raining as he is preparing himself for this flick. The cast and crew of the film ‘Saaho’ completed the first shooting schedule in Hyderabad and are on the verge of filming for this chase sequence soon.

Produced by UV Creations, the film ‘Saaho’ is written and helmed by Sujeeth. The movie also features Shraddha Kapoor, Jackie Shroff, Neil Nitin Mukesh and Arun Vijay. The music will be by Shankar-Ehsaan-Loy. The first look poster of the film is creating a lot of buzz among the audience raising the expectations about the flick.