In this episode, Sara Ali Khan confessed her choice to Kartik Aaryan. Some time ago both of them were dating each other before their breakup. Sara Ali Khan and Kartik Aaryan were last seen together in Imtiaz Ali’s ‘Love Aaj Kal’. The film received mixed reviews from audiences and critics alike. Even after their break, the two have maintained cordial and friendly relations with each other.

On the other hand, Ranbir Kapoor is currently dating Alia Bhatt. Ranbir Kapoor and Alia Bhatt’s relationship has also received approval from their respective families. They will soon be seen sharing screen space in Ayan Mukherjee’s ‘Brahmastra’.

Sara Ali Khan will soon be seen opposite Varun Dhawan in the remake of Govinda and Karisma Kapoor’s family entertainer ‘Coolie No.1’ on the work front. The film release on 1 May has been postponed due to the outbreak of coronavirus.

Meanwhile, on the work front, Alia and Ranbir are shooting for their upcoming film, Brahmastra. Directed by Ayan Mukherjee, the film also stars Amitabh Bachchan, Dimple Kapadia, Nagarjuna Akkineni and Mouni Roy. The film also has a special cameo by Shahrukh Khan.

Apart from this, Alia Bhatt has some very interesting projects, including Karan Johar’s period drama, ‘Takht’, father Mahesh Bhatt’s ‘Sadak 2’, Sanjay Leela Bhansali’s ‘Gangubai Kathiawadi’ and SS Rajamouli’s RRR. On the other hand, Ranbir will next be seen in Luv Ranjan’s next film opposite Deepika Padukone. 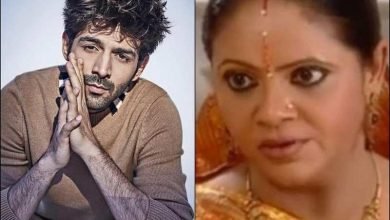