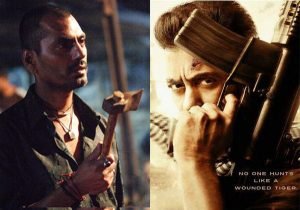 Nawazuddin Siddiqui starrer ‘Monsoon Shootout’ will finally see the daylight after 4 years. The film ‘Monsoon Shootout’ helmed by Amit Kumar will reportedly hit the screens with Salman Khan, Katrina Kaif starrer ‘Tiger Zinda Hai’ on December 22.
Talking about this four years wait, the producer Guneet Monga said “For almost a year we were travelling across festivals with the film and then we wanted to wait and release the film when we felt the time was right.”
Monga further added “We had a successful release of ‘Haraamkhor’ earlier this year and 2017 has proven to be a year when good content films were being accepted. So we feel now is the best time to release the film,”
Monga’s production house Sikhya Entertainment has earlier produced the successful movies like ‘Masaan’, ‘Lunchbox’. They were content-driven packed with powerful character performances.
‘Monsoon Shootout’ is the directorial of Amit Kumar, who has also helmed the short film titled ‘Bypass’ that featured Irrfan Khan and Nawazuddin Siddiqui and won the awards.
The film ‘Monsoon Shootout’ is about a cop who has to take a decision that will change his life. He has to decided whether to shoot or not. Nawazuddin Siddiqui essays the role of a suspect in this film.
It also stars Tannishtha Chatterjee and Vijay Verma. The same tale is narrated in three different ways and that’s what make the movie special.