Naghma Rizwan is a newbie in the glamour industry who is basically an interior decorator and designer besides being a blogger. She is doing her debut in Ekta Kapoor’s upcoming web series called It Happened in Calcutta all set to hit the streaming media ALTBalaji. She was born in Calcutta on 29th September 1992 and was brought up at that place. She did her schooling from Calcutta and later went on to pursue her Interior Designing from MIT Institute of Design, Pune. She started her career in interior designing and later moved into the fashion world turning a fashion blogger and stylist. 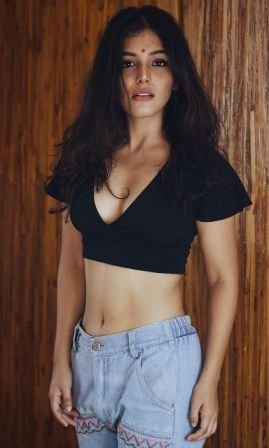 Soon she headed to Mumbai to do something big in her field. While she was pursuing her career well, she also remained active in Social media that made her recognized in the glamour industry by Ekta Kapoor for her next web series. As per the filmmaker, she had 300 auditions that lasted for 2.5 years to find the lady for the said web series. She is doing her debut in acting with this web series playing the character of Kusum in it opposite Karan Kundra who is the lead actor in the said series.

While she entered into the field of fashion and style, she also got the chance to appear in different commercial ads and print ads for various fashion brands and companies. In this way, she got well versed with facing the camera. She is very active in social media and keeps posting some of her cool pictures at Instagram and Facebook that made her discover by Ekta Kapoor for her next web series. Talking about her personal life, she is single and not dating anyone, while her figure measures 34-26-35 a perfect figure to pursue her career in the fashion and glam world.