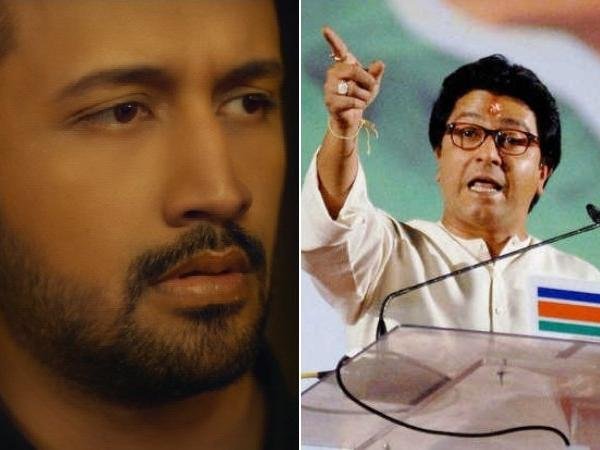 After the attack on Indian Army convoy in Kashmir Raj Thackeray-led, Maharashtra Navnirman Sena or the MNS raised voice against the Pakistani artists who are associated with Bollywood.  Thackrey has asked music corporations to down the links of Pakistani musicians as a mark of protest against Pakistan who is accused of masterminding the attack in which 40 above brave soldiers lost their lives.

Demanding total boycott with the Pakistani artists MNS said that all the deals with Pakistani should be ended with immediate effect. Following the demand made by MNS, T-Series has reportedly pulled down videos and stopped promotions of two songs by Pakistani artists.

“T-Series has already removed Pakistani artists’ videos from their various channels from February 15 and has decided to ban them all in future. Other music companies are following them,” Amey Khopkar, President of MNS Chitrapat Sena, told news agency wire.

Adding more he said if these corporations will not follow the order MNS will take action against them in their own way “We have verbally communicated to music companies like T-Series, Sony Music, Venus, Tips Music etc to stop working with Pakistani singers.”

While several celebrities took to social media to mourn the loss of the martyred jawans, some including Shabana Azmi has also proposed and voiced out their opinions in favor of a cultural exchange ban against Pakistan.

Following the demand, music company reportedly removed its recently released songs by Rahat Fateh Ali Khan and Atif Aslam from its YouTube. As per the sources aware about the incident Videos promoting these songs on television and radio have also been stopped.

The entire entertainment industry in Mumbai strongly condemned the terror attack by Pakistan-based Jaish-e-Mohammed on a Central Reserve Police Force or CRPF convoy in Pulwama. Actor Shabana Azmi and poet and lyricist Javed Akhtar canceled their visit to Karachi in solidarity with a nation in a bad time and stand with the victim families who lost their sons in the attack.

Shanaya Kapoor makes debut in Bollywood,Know the reason why no one can see her on Big Screen.