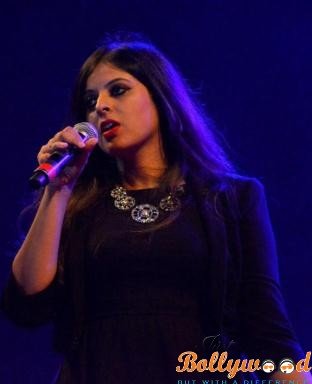 Mili Nair is a popular singer and songwriter from B Town and known for being a stylish and diverse kind of vocalist in B Town. Mili hails from North India. She is known to sing in different languages including Hindi, English, Tamil, Kannada, Malayalam, Bengali and Gujarati. Singing was in her veins since her early age and she started learning music at a very tender age mastering her foundations in western classical music. She then explored a number of genres, which helped her shape her vocabulary in music. She was brought up in a typical musical environment, which helped her gain the best in the music world.

She started her own band and then got recognition to make her land up at the veterans like AR Rahman, Vinny Valentino and Amit Trivedi. She got her first chance from A R Rahman for his Tamil movie song called Keda Kari in film like Raavanan and Maham Maye in Telugu movies. She has been working with Rahman in different projects. Mili then got the chance to sing for the film Kai Po Che for Amit Trivedi whom she helped to put something new and interesting in Bollywood music. She is known to add her new and unique style, which together helped her to become popular in playback singing particularly in B Town and also in South Indian movies.

Mili Nair also got the chance to work with the composer Harris Jayaraj wherein she rendered her voice for Tamil hit called Rettai Kathire in the film Maattrraan. Her most recent song in B Town was for the film Mr. X. Besides, she is also known for her independent singing and has song for Coke Studio Season 2 for the MTV wherein she got the chance to sing Badari Badariya and Yatra, which was composed by Trivedi. These songs impressed the audience all across the world giving her applauds. Besides, her lover for Jazz helped her get stage to perform this genre for the international audience. Lastly, she is also known for songwriting and composing. Thanks to her quest for music that made her try things like composing and songwriting.

7 celeb speaks out 'JAI HIND' and talks about freedom