Of late, we could see a number of reality TV shows have embarked over different TV channels that are tapped the children of different age groups. Though these platforms does offer a huge exposure for the little ones, it also hampers their health and their education. Many B Town celebs and filmmakers like Shoojit Sircar feel that the platform is good only if they follow certain “regulatory laws”, however, some are deadly against these shows which include celebs like Hema Malini who feels that kids should be kept away from the reality TV shows because they are too tender to bear the pressure.  Now, let’s take this debate further to get things.

To be or not to be

Many feels that it is okay to foster the spirits of healthy competition among the kids. However, one should realize that every kid is different, hence it is vital to take this into consider to understand while allowing kids to participate in these shows. Some kids can handle such tough situations in the reality shows but some may not. At the same time, the parent should understand that they should put their kids under pressure to learn singing and dancing. However, we get to see that most of the parents give too much pressure on kids to participate in such shows, which can make them hamper their personality along with adding too much of pressure on their tender age. This can be worse than child labor.

In fact, as per some recent comments of many of the B Town celebrities, a majority of these celebs feel that the reality shows for the kids should be barred. These include Hema Malini, Naseeruddin Shah and others feel the same about the show. Even though some celebrities like Dia Mirza who do not favor banning the reality shows for kids, but they feel that there should be strict guidelines for such shows as we are handling kids and any bad move in front of the kids can hamper their childhood and their personality in a longer run.

A majority of people including B Town celebs and experts feel that there should be a ban for such shows but a few feel that these should be carried out with particular guidelines. However, considering it has the involvement of the shows, hence banning only would be a right option to consider as banning can only be a right resort to such shows. 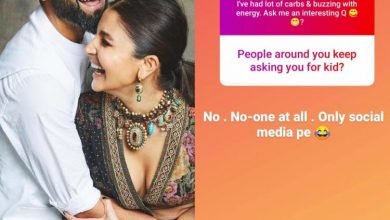