Jhataleka Malhotra is a model and an actress who hails from Mumbai. She was born on 3rd June 1994 in Mumbai and was brought up at the same place. She did her schooling from Arya Vidya Mandir, Mumbai. She went on to do a Bachelor of Management Studies from MMK College Mumbai. During Yamaha Fascino Miss Diva 2015 Grand Finale. She kept on participating in different beauty contests including Femina Miss India 2014 followed by Miss International 2014.

Some of the titles she won include Miss Internet Beauty, she bagged best national costume award as well. She also participated in a couple of other fashion shows and contests winning different titles. These include getting her Clean and Clear Fresh Face College Talent Hunt, and Miss Photogenic Sub award to name a few. Talking about her personal life, she likes dancing, singing, traveling, reading, baking and meeting new people.

She is all set to make her debut in Bollywood film by Sanjay Leela Bhansali opposite Anmol Thakeria Dhillon who is also doing his debut in the Tinsel Town. As per reports, the film is titled as Tuesday and Friday. Talking about her personal life, she is single and not dating anyone as she is focussing on her career. Talking about her body measurements, her figure is 36.26-34 an ideal figure to sustain in the glamour world. If you have anything to share about her do comment below and let us know more about her.

Zee5 and Alt Balaji launched the trailer and music of their much awaited show "Broken ... But Beautiful Season 2"! 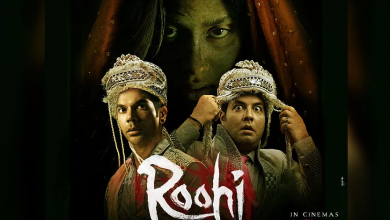