The Kaabil actor celebrates his 47th Birthday. It went big as his ex-wife Sussanne too wished her on Instagram in a style making it special for him. If you think you know your actor then you are grossly mistaken. Well, there are many hidden and interesting facts about the Greek God which deserves to be known on his big day. Let’s check the 7 interesting facts about the Krissh actor as under:

First Salary at the age of 6: Yes, the Super 30 actor got his first salary at the age of six when he danced with Jitendra in his movie called Asha in 1980. He got his 100 INR which helped him buy his ten Hot Wheel Cars, as he always loved cars and still passionate about them. The Nickname: We know him as Hrithik Roshan, but not many would know his nickname. Well, the actor’s name is Duggu, and official name is Hrithik Nagrath. 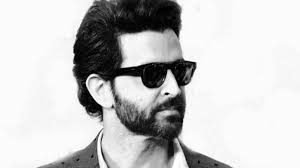 He is a Dropout: He did his schooling from Bombay Scottish School, while did his graduation from Sydenham College, Mumbai. He got admission in the USA for his master’s program, but he dropped from the college to pursue his dreams of becoming an actor.

He was a Chain Smoker: He was a chain smoker and tried not just once but five times but still failed. However, in 2011, he finally said no to smoking. He also gifted a book called Easy Way To Stop Smoking by a popular author Alan Carr to other smokers in B Town, SRK and Farhan Akhtar. but they failed to give up smoking. 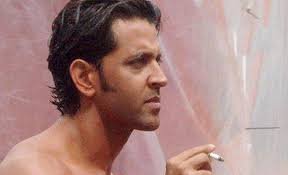 He is a Certified Diver: We saw the actor shivering from diving in the film Zindagi Na Milegi Dobara, but in reality, he is a certified diver. In fact, he has gained perfection in it. He did his stunts under water in the said film on his own.

He owns his fashion brand: He is also an entrepreneur and is also been called Asia’s sexiest man. His fashion brand is known as HRX, and he launched it in 2013. Highest Paid Actor: If you thought Aamir or SRK is among the highest paid actors in B Town think again. It’s Hrithik Roshan. He charges 62 Crores per film, and that makes him the highest earner in B Town.