Ravi Dubey is a well-known star of television who does not need any introduction today. He has worked as an anchor and actor in many reality shows. Ravi was born on 23 December 1983 in Gorakhpur. Today the actor is celebrating his 39th birthday. the versatile actor, producer, and style master, he is a complete package. As the actor is celebrating his special day, let’s take a look at Ravi’s journey to date in showbiz. 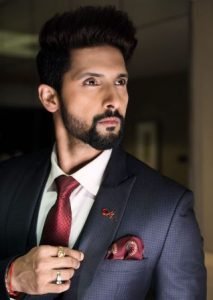 Ravi started his acting career in 2006 with the role of Ravi Agarwal in the TV show Stree…Teri Kahani produced by Dilip Kumar and Saira Banu. After that, he played a small role in Doli Saja Ke on television. Ravi Dubey played his first solo lead in the show Yahan Ke Hum Sikandar, then he get more successful shows like 12/24 Karol Bagh, Jamai Raja, Saas Bina Sasural, and others.

Apart from being a talented actor, he is also a good host. He first hosted India’s Dancing Superstar reality show in 2013. Later he hosted other popular shows like The Drama Company, India’s Best Dramebaaz, Sa Re Ga Ma Pa L’il Champs, Sabse Smart Kaun, and others.

Ravi Dubey in his popular show Jamai Raja 2.0. Showed his presence on the OTT platform with his impressive acting skills in the reincarnation of. His work was also highly praised in Matsya Kand which was released in 2021.

After showing his talent in acting and hosting, Dubey has now entered the world of production. He and his wife Sargun Mehta opened their production house which they named “Dreamiata Entertainment”. He produced his first TV show Udaariyan in which Ankit Gupta and Priyanka Chahar Choudhary played the lead roles. He produced the daily soap Swarna Ghar starring Sangeeta Ghosh in the lead role. Both shows are getting a lot of love and appreciation from the audience.

Bigg Boss 16: Ankit Gupta gets eliminated from the the show for having the least contribution