A big day there for Disha Patani as she celebrates her 28th Birthday today. So a very very special birthday to the Baaghi actress from us and our readers. This year she has more reasons to celebrate this big day as she recently released movie Bharat did decent business and is all set to enter into the 200 Crore Club. As she turned a day older, her alleged boyfriend Tiger Shroff was quick to greet her on Instagram by sharing a video with the lady dancing on the floor.

He gave the caption that stated Happy Birthday Dear and then shared the video in which she is seen dancing with the guy on a song called Befikra bhi Hona Zaroori Hai. Recently she was also seen talking about her birthday plans. She said she would be having a working birthday as she is busy shooting for her next film Malang. Hence it would be needless to say that her birthday would be a low key one, however, she plans to go out for dinner with friends to celebrate her big day.

She said she is not fond of having big birthday bash parties and never remember she had in her life so far. Also, she added that she is too old to celebrate her big day. When she was asked whether Tiger would be joining her on her birthday bash, she said she has not planned anything hence have no idea about it. Later she added that her birthday would be a cheat day for her earlier as her brother used to cheat her a lot. She was in news for being spotted with Aditya Thackeray. Talking about her work, she is busy with Malang with Kunam Kemmu, Aditya Roy Kapur and Anil Kapoor. The film is expected to hit on V Day 2020.

Rani Mukherji Wraps Up Mardaani 2 Shoot with a Surprise Gift 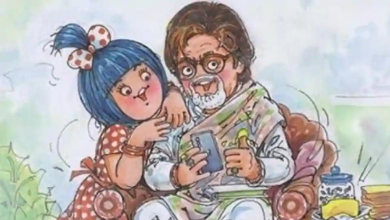