National Award-winning actress Shweta Basu Prasad, who was caught in a prostitution racket two years ago for lack of work, is returning to the small screen with ‘Chandra-Nandni’. She says “it’s an exciting time for actors” on TV as there’s more variety of characters than ever before.

“Variety in roles (for actors) is a consequence of variety in shows (on TV), which I do see a lot now. (Today) shows are plot-based and concise. The stories are different, there (are) seasons being introduced. I think it is an exciting time for television and TV actors,” Shweta told.

Shweta found fame on the small screen through her roles in shows like “Kutumb”, “Kahaani Ghar Ghar Kii” and “Karishma Kaa Karishma”. She won a National Film Award for Best Child Artist for her double role in 2002 film “Makdee”.

“I have been refraining from doing TV for at least five to six years now, as I was busy finishing my studies and working as a script consultant in Phantom Films. I never received anything on television that excited me enough,” said the actress, who was last seen on TV in two episodes of “Darr Sabko Lagta Hai” last year.

Shweta said that being an outsider, she has always faced a struggle in her career. And that she still gives auditions for roles.

“I have been an outsider who has grown up in the industry. I have always had these circles in my growing up days too. It was just a matter of right project and age. But, yet I do give auditions and screen tests like any other actress in Lokhandwala (in Mumbai),” Shweta said.

Talking about her preparations for “Chandra-Nandni” and her role of Nandni, Shweta said: “I will be paying attention to some of the nuances of that era and that character with the body language of a warrior princess, which will soon require me to learn sword fighting and horse riding.

“I have been reading on Magadh and Mauryan history a lot these days.”

The show, which will be aired on Star Plus from October 10, will bring forth the saga of the mighty ruler Chandragupta Maurya and his wife Nandni.

Actor Rajat Tokas will be seen as Chandragupta Maurya.

My struggle started after my first film: Taapsee Pannu 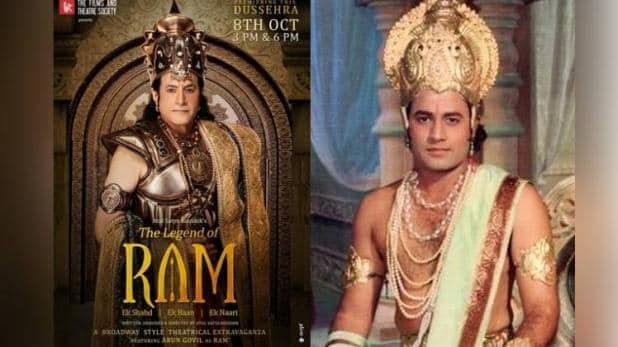