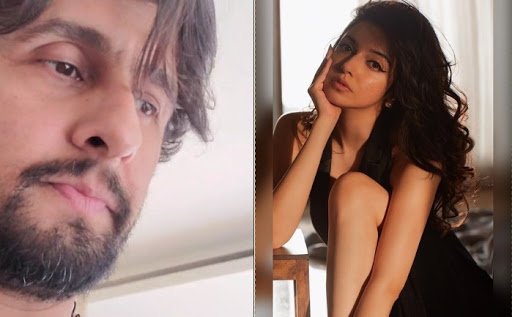 Just after Sonu Nigam was seen coming out heavily on Bhushan Kumar of T-Series, we saw the latter’s wife Divya Khosla hitting back the singer. She said that the singer is playing with the minds of the audience. She had posted her comments on Sonu slamming him on Instram in a form of story where she had refuted the allegations against her husband Bhushan and his company T-series.

While slamming the singer she said it is all about running a good campaign on social media and she added saying that she can see people adding lies and deciets with their strong campaigns. She said the people like Sonu very well know how to do so say and only God can save the world. She added saying that it was T-Series who gave him the break in singing in Industry. She said that even Sonu’s father has worked with T-Series and he has always remained respectful towards the company all his life.

She then added saying that still some people remain thankless. Sonu Nigam while sharing a new Instagram video this Monday saying that the industry is govered by two mafias. He went on saying in his video that they have messed up with the wrong person, hence he has come out with the same video where he claimed that the music companies have become a bit sensitive towards the young talents so that they do not end up becoming the fate of Sushant Singh Rajput. You can check what the lady had shared in her Instagram story as under: 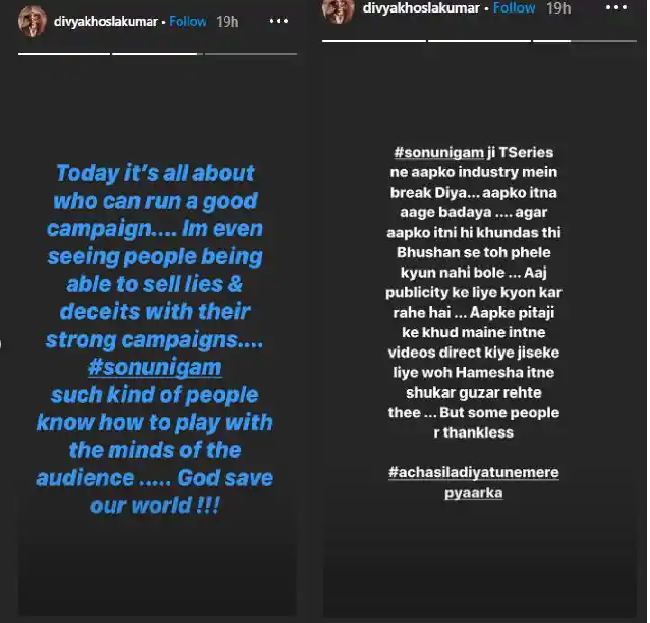