Here comes the most awaited trailer for the film Ajeeb Daastans this Friday. The film has been the most awaited ones the moment the makers had released the teaser in the B Town. The filmamker Karan Johar who has produced this film is ready to release the film soon on the streaming giant – Netflix. He has produced the film under his digital venture banner called Dharmatic Entertainment.

As you check the trailer, you would realize the twists and trust that it has with an ensemble star cast. The film has four different stories with different saga of love, betrayal, the day to day struggle in daily lives and the friendship as they move ahead in the search of solace. The film has interesting stars like Fatima Sana Shaikh, Armaan Ralhan, Jaideep Ahlawat, Nushrratt Bharuccha, Inayat Verma, Abhishek Banerjee,  Aditi Rao Hydari, Konkona Sensharma, Manav Kaul, Tota Roy Chowdhury and Shefali Shah.

The stories explore all the emotions like envy, love, entitlement, toxicity and prejudice to name a few. It talks about the blurring of the lines one can see in between the wrong and right, while it also moves around the complexities found in relationships and human behaviour. Karan Johar was quick to share on his social media handles.

How about checking the trailer for the film Ajeeb Daastaans as under: 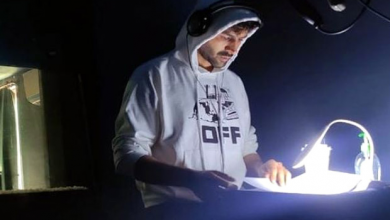