In the latest episode of Bigg Boss 13, Bigg Boss announced the captaincy task – BB Car Parking and asked the family members to decide who would be the next captain.

Captains contenders Arhaan Khan, Asim Riaz, Madhurima Tuli, Vishal Aditya Singh, Aarti Singh and Shefali Jariwala will have to be persuaded to give drivers a ride. Siddhartha was the director of the work. Claimants of captivity try to convince drivers to sit in their car.

Vikas tells Madhurima not to trust Vishal in the task. He even decides with Rashmi that Madhurima is her priority but she refuses.

Vikas tells Rashmi that Arhaan is not the right candidate to become captain and Asim becomes the next captain of the house. Due to the deception of Vishal, Arhaan appeared quite angry at development.

Shehnaaz gets upset when Siddharth ignores her. She tries her best to convince Siddhartha but later on she is ignored. Shehnaaz loses hope and tells Paras that Siddhartha will not talk to him.

Arhaan tells Vikas that he is scared of her. Vikas tells him that when he is saying all this on national television, he does not look good. Arhaan and Vikas get into a debate. Vikas tells Arhaan that Arhaan had also accused him of being fake and masterminded earlier.

Vikas tells Madhurima that he is in BB house for only two weeks. He tells her that he wants to strengthen the game for Madhurima and wants Rashmi to support Madhurima too.

Bigg Boss 13’s house has been in a lot of disarray this week, now let’s see how Salman reacts to all these in the weekend war.

Bigg Boss 13: Rashmi Desai said, "A third person has the keys to my house, Arhaan is getting misplaced" 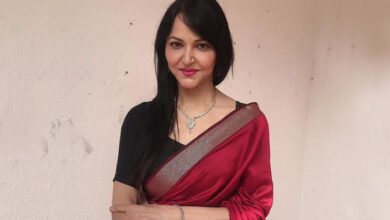