A lot of drama is going to happen in Bigg Boss 13’s house tonight, where Vishal Aditya Singh and Madhurima Tuli are going to fight again, while some family members of the contestants will come to meet them.

In tonight’s episode preview teaser, Madhurima and Vishal can be seen throwing water at each other. Bigg Boss also forbade them to harm the mic and the camera, but both of them crossed the line.

The other contestants intervene but all goes in vain. Bigg Boss then announces the punishment for both but Vishal refuses to accept it. He tells Bigg Boss that he wants to leave the house. Rashmi tries to stop her crying.

In Family Week in Bigg Boss, Krishna Abhishek comes to meet his sister Aarti. He tells her how people now recognize him as Aarti’s brother. Krishna says that he feels extremely proud to play her sister’s dignified game.

Mahira’s mother talks to Paras Chhabra and tells him that his girlfriend Akanksha Puri is a good girl. She says that Mahira is only his good friend at home. She leaves the house, warning him not to kiss Mahira.

Shehnaaz’s father enters and tells him to stay away from Siddharth Shukla. He also tells her that Paras Chhabra is her biggest enemy. He also exposes Paras to others.

Now, after watching today’s episode of Bigg Boss 13, it will be known how much the equation of relationship of the family changes after meeting the people of their home. 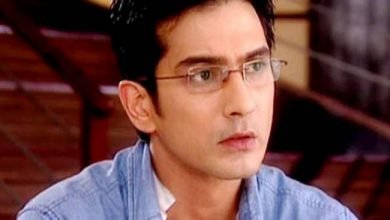