Bigg Boss 13 contestants Mahira Sharma and Madhurima Tuli, who started off as friends, are no longer seen together. In the latest episode, all the housemates were seen chilling with each other outside the bedroom area. However, soon in a normal conversation a fight ensues between Madhurima and Mahira.

Mahira started discussing how to save each other’s name after the show ended on her mobile phone. She first pinched Asim and they were having fun.

Mahira gets upset and asks her not to make fun of her body shape. She also tells her that host Salman Khan has also warned the family members not to make fun of anyone’s physical appearance. The two soon get into a big fight and they start shouting at each other. Mahira says that much has already been said on this matter.

The two girls fight extensively and neither of the boys are involved. Later, to calm the atmosphere, Asim jokes that Mahira is the best girl in the house and asks Paras to repeat it. Madhurima does not like this and she shouts at Asim, asking him to laugh at herself.

He takes her suggestion seriously and turns to the mirror, looking at himself and laughing. This makes all the people sitting there laugh. Siddharth, Shefali, Vishal, Paras, Rashmi and others appear to be enjoying it.

Now let’s see what more changes will be seen in the relationship of these members in this house in Bigg Boss 13 and how will Salman react to all these things this week.

khul ja sim sim web series : It is all about a lady with magnetic personality struck in a wrong marriage 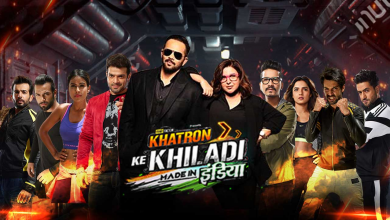