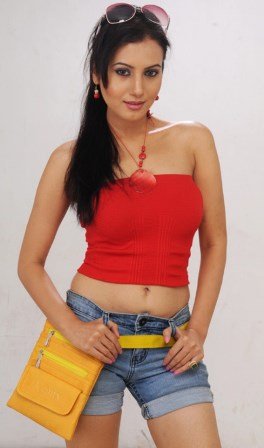 Anusmriti Sarkar is a Telugu actor who was born and brought up in Kolkata. She was born on 23rd October 1991 and started her career in modeling while she was in her late teens. Her family has no film background as both of them are lawyers. She did her schooling and college from Kolkata and got involved in modeling during her college days. This led her to Mumbai to pursue her career in this field. She bagged her first role in acting with a Bengali movie called Bhorer Alo where she acted opposite Rohit Roy.

Her other Bengali movies include Biporjoy, Moner Majhe Tumi. She made her debut in B Town films with Jaane Yeh Kaisa Ishq playing Tanisha . She then got another Bollywood movie – One Day: Justice Delivered playing the character Shagufta in it. Her next Bollywood film is O Pushpa I hate tears which was released in 2020. Soon she was followed by another Telugu movie called Suswagatham. Recently she was seen in the video song called Rangreza wherein she was applauded for her performance.

She has also done modeling for various brands appearing in different TV and print ads including BSNL, Khadims, Tiger Biscuit, MarieGold Biscuit, Reliance SIM card, Manyawar, Livon Hair Salon and Chirag Computer to name a few. She also remained the part of a few social campaigns supporting a healthy environment. Talking about her personal life, she is single and not willing to mingle with anyone as she is focussing on her career. She is active on social media and loves to be part of many campaigns.

Shilpa Shetty chills with her sensuous thigh high slit dress and we are totally crushing over her new look!

Netizens compare Karan Kundrra with Kabir Singh for his over possesive behaviour with Tejasswi Prakash, details inside!